Home › About Raleigh › Under Contract & House Has Been Damaged; Now What?

Under Contract & House Has Been Damaged; Now What? 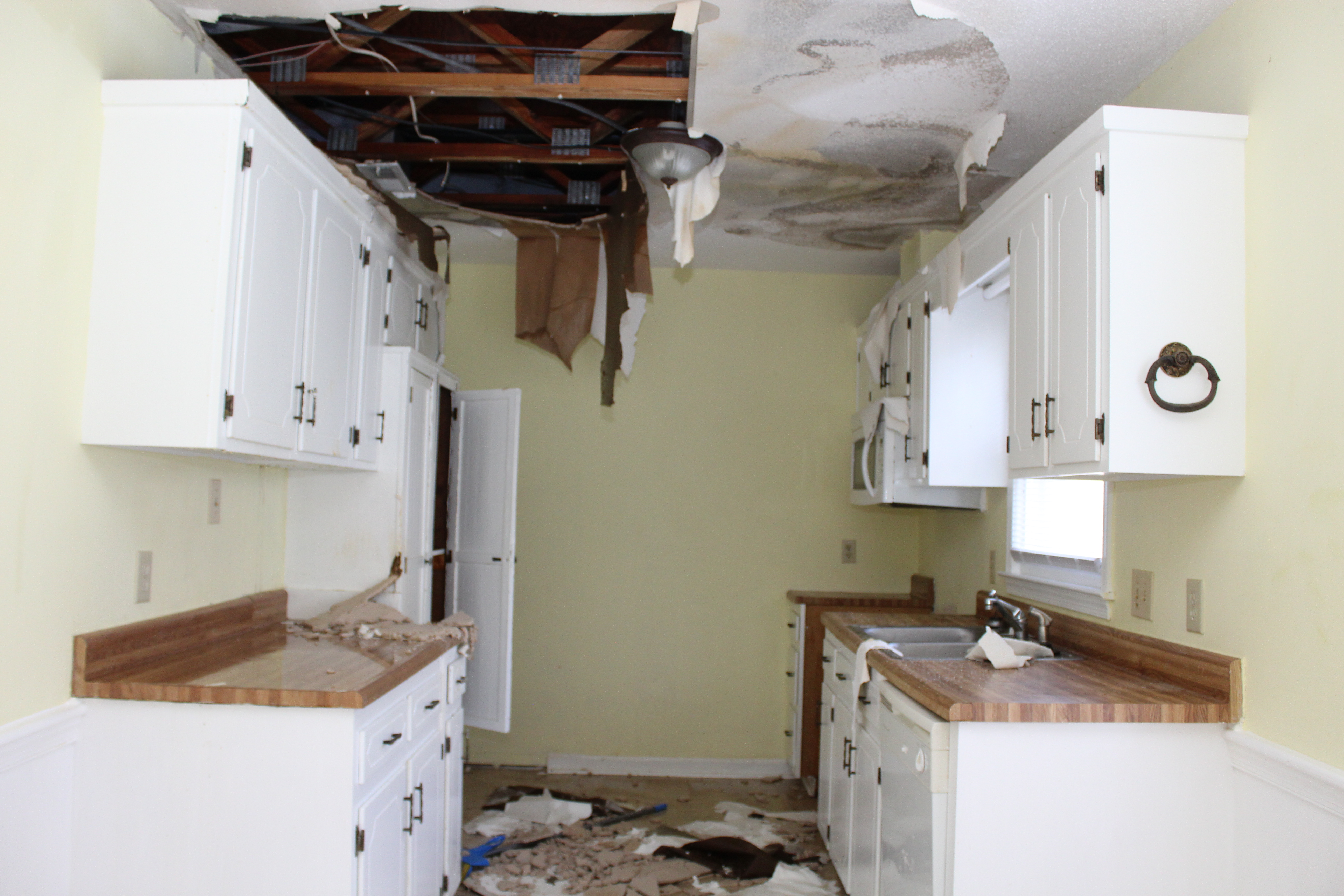 Contents
I’ve been in real estate since before Bill Clinton left office. I’ve helped literally thousands of families buy and sell homes; eventually it would happen and this week it did…TWICE! Given the current state of affairs here in North Carolina with historic levels of rain caused by lingering Hurricane #Florence I’m certain this won’t be the last time I get the follow question:

What if the house is damaged before closing?

Houses get damaged, even destroyed all the time, fire, flood, earthquakes, hurricanes and cars colliding into them. It’s a sad but true reality. Just last week, I represented a buyer who went under contract to purchase a lovely town home in Garner, NC. Everything was signed, money had exchanged hands and we were on our way to a quick and easy all-cash sale….or so we thought.

The next morning bright and early I received  call from the seller alerting me that there had been a water leak at the town house over night and I needed to meet him at the house to evaluate the damage. Check out the photos below.

Because buying and selling of real estate generally is a bilateral agreement (both side must agree) then we need to evaluate the agreement. If you hired a Realtor®, they likely used the North Carolina Association of Realtors (NCAR) Offer to Purchase and Contract (2T ver. 7/2018) or newer. If that’s the case you’re in luck because the North Carolina State Bar Association in conjunction with NCAR anticipated just such a scenario!

What Will My Mortgagee (Lender) Have to Say About it?

There’s an old adage He Who Has the Gold Makes the Rules aka ‘ The Other Golden Rule’. Nothing could be further from the truth in this scenario so the best answer here is ‘It depends’.

Generally speaking, the amount of the damage and the sense of humor of your underwriter, (most lack any at all), will determine the outcome.

In most cases, if the damage is less than 10,000 and can be quickly repaired, and most importantly, if the lenders appraisal inspection has already been performed and the loss is not the result of a widely publiscized natural disaster….like in the case of a hurricane, wildfire, or flood, then a buyer and seller should be able to decide between them how to proceed.

How Did You Proceed?

In this example, the buyer was paying cash, therefore they were not beholden to a mortgagee and their rules. In this scenario, it actually worked out to the buyers benefit because they had already intended to remodel the house. As a result, the sellers insurance company performed the demoliton and the buyer received the insurance payout and the seller didnt have to do anything at all; Win/Win!