“I’m tired of throwing my money away in Rent!” It’s a common complaint that I hear from people contemplating buying their own home. In fact, it’s been a very personal complaint in my home for the past 8 years.

My name is Ricardo Cobos and I’m both a realtor and mortgage loan officer in Raleigh, North Carolina. I entered the real estate industry in 1998 and I bought my very first home in 1991. But the downturn in the economy of 2008 caused me to have to sell my home for less than not only what we owed but less than we had actually paid for the house only a few years previously. As a result, like millions of other Americans, we found ourselves ‘temporarily’ renting again…or so we thought. Back when we had to sell our house for cheaper than we initially bought it for, it would have been somewhat nice to have the option to sell my home fast Raleigh or similar options that could have allowed us to receive the amount we paid or more. Either way, we find ourselves doing better than we had originally thought back in 2008.

While renting can be a good option for people who are right out of college and want to settle down into a new city or are just not ready to commit to a home due to life circumstances, it can get old quickly. You can find yourself paying more in rent than a comparable home in Wake County could cost you to own! Although, some people find themselves incapable of purchasing a house due to the rising cost of living, hence why renting remains a popular option for many people. This may be of interest to anyone considering renting out their home. Whilst you could be making a significant bit of extra income, becoming a landlord can come with daily hassles, such as having to take care of maintenance or having to chase overdue payments. However, this is why some people use experienced property management company services to rent their house for them, while they enjoy the cash benefits. 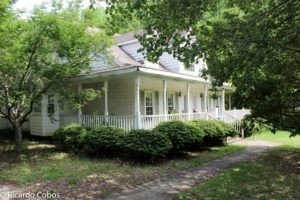 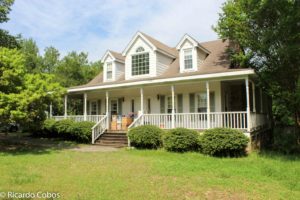 Today we joined the ranks of millions of Americans who like us have been sidelined by the 2008 economy and are now reentering the home buying market as ‘boomerang buyers’, a coin termed by the industry for people like me who were ineligible for a mortgage due to either a bankruptcy, foreclosure, short sale or deed in lieu of foreclosure resulting from the 2008 financial melt down.

When we began searching for a home in Wake County in January of this year, we had a budget that was about $70,000 less than where we have ultimately had to spend in order to buy the house we wanted. Today we have a house under contract and it needs about $55,000 in order to bring it to market values. Although I work with many property investors who buy, rehab and flip homes for a profit, this will be one of the biggest rehab projects we have undertaken yet. The place will need a heavy redesign of the kitchen (likely o come with granite countertops), a whole new bathroom (We’re thinking of having a walk in shower with frameless shower doors alongside an old fashioned bath), and several touch ups and replastering/repainting combinations all around. It’ll take a while to get it up to standard. But that’s part of the appeal, isn’t it? It’ll make a big change from the untouchable standards of a rental property, that’s for sure.

Click here to see the before and after photos