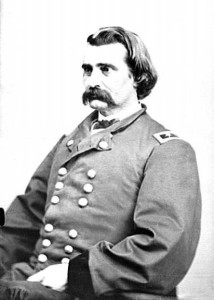 Three years after the Civil War ended, on May 5, 1868, the head of an organization of Union veterans — the Grand Army of the Republic (GAR) — established Decoration Day as a time for the nation to decorate the graves of the war dead with flowers. Maj. Gen. John A. Logan declared that Decoration Day should be observed on May 30. It is believed that date was chosen because flowers would be in bloom all over the country.

Ceremonies centered on the mourning-draped veranda of the Arlington mansion, once the home of Gen. Robert E. Lee. Various Washington officials, including Gen. and Mrs. Ulysses S. Grant, presided over the ceremonies.

The national observance of Memorial Day still takes place there today, with the placing of a wreath on the Tomb of the Unknown Soldier and the decoration of each grave with a small American flag. The holiday has changed a bit since it first began, which some argue was even earlier than Logan’s dedication.